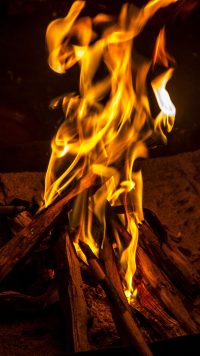 It’s the best of times. It’s the worst of times. It’s not a tale of two cities, but the tale of the erotica genre and how certain best-selling books brought it to the forefront, while at the same time, spurring outlets like Amazon to ban books, slapping the “Adult” filter on certain works, relegating them to a book dungeon where they’d never see the light of day via traditional searches. Other book outlets simply pulled titles from the virtual shelves in a knee-jerk reaction to claims that many of their books may have violated terms of services regarding content.

Thus, the reason I say the Fifty Shades books didn’t open up erotica reading as much as the claims touted. It was my hope that the exposure of readers to sensual scenes, “in your face” prose would have stopped censoring and book-banning once and for all. In my mind I saw more people reading this category, and book stores (what’s left of them) featuring shelves of books from the classic, Victorian style to the modern themes, which feature same-sex unions and dark subjects.

Erotica is that mysterious genre, that dark area where angels fear to tread, and a glorious demon grins with blazing, lustful eyes, knowing that we’re all sexual creatures, and that sex is truly the seat of creation in more ways than just the physical. The demon isn’t evil at all, but simply labeled as such by people uncomfortable with sex, ones who cover their eyes, vowing they don’t read “that nasty stuff,” ones who see sex in a narrow, compartmentalized manner.

When people think of erotica, they’re aware of the graphic sex featuring hot scenes where the physical act is not left to imagination, but flung wildly in your face. The whole purpose is to titillate or arouse. That’s the nature of the genre. In those scenes, the reader is allowed into the head of the character and permitted to know every thought and sense every feeling, from the slightest throb to a full-blown orgasm. The reader is taken on an intimate journey they may never consider in real life. With erotic novels, the reader can explore and experience all kinds of sex in a safe manner, no risk, no harm. That’s the beauty of literary erotica, with its thought-provoking characters and settings that accommodate any heat level an author wants to create.

But  as a writer, what if you really don’t care for full-blown erotica, where the sex usually drives the story, but you would still like to add some spice and zip to your scenes?

Here are some simple tips to spruce up your work and improve your story’s sex life:

Writing about sex is not the easy way out. The notion that authors who can’t write, write about sex is a totally ludicrous one. Writing about sex, first of all, requires a certain comfort level using the “bad” words. Writing about sex takes forethought, skill, and practice, knowing clearly where you intend to go with the story, and how you want to portray the scene, and how much you want to pick the characters’ brains. It takes great skill and courage to flesh out the emotions, sometimes having to engage in a little self-reflection to enrich the scene or the prose. Just remember that in spiritual teachings, the sex energy is the seat of creation, and anything you pursue or create with great passion and desire can come to fruition.

Scarlet Darkwood is an indie author. Writing in several genres allows her to unleash her imagination in different directions, creating stories for different audiences. Always preferring avant garde themes, her stories will take the reader on an unusual adventure, exploring the darker parts of the human psyche.